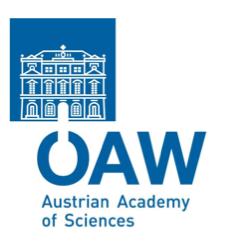 I would like to draw your attention to an interesting new conference entitled ‘MULTIPLYING MIDDLE AGES. New methods and approaches for the study of the multiplicity of the Middle Ages in a global perspective (3rd-16th CE)’. The conference is organised by Johannes Preiser-Kapeller, Ekaterini Mitsiou and Mihailo Popovic. Their network analysis related work is particularly interesting and the conference programme includes quite a few network analysis papers.

Have a look at the full programme!

I would like to bring an upcoming conference to you attention entitled ‘Ancient Greece and Ancient Israel: Interactions and Parallels’. It is organised by Irad Malkin (whose network analysis work I discussed before on this blog) and Alexander Fantalkin. The conference will take place on 28-30 October 2012 at Tel Aviv University.

The world of the Hebrew Bible, or the Old Testament, has often been studied against the background of Near Eastern civilizations. Yet, aside from the enormous hinterlands of the Near East, the ancient land of Israel also neighbored the Mediterranean. As a collaborative conference between the European Network for the Study of Ancient Greek History and Tel Aviv University, we wish to concentrate on interactions and parallels between the ancient Greek world and the Eastern Mediterranean, with an emphasis on the period before the Hellenistic and Roman periods.

How do we, at the start of the third millennium CE, perceive and interpret the almost simultaneous arrival of the two cultures whose self-definitions still mark out the meaning of western civilization? We wish to discuss the key concepts of “parallels, similarities, and influences” in the context of the Eastern Mediterranean. Are they due to general human reaction to comparable historical situations or do they depend on actual contacts and influences, directly or via third parties? Drawing on specific case-studies we will discuss the usefulness of these key terms and analyze the likely contexts for interaction and/or the evidence of actual contacts.

The question of what is comparable as such and what is owed to actual influence is often debated. Whereas former approaches tended to regard the issue of influence literally, “in-fluence,” “flowing into,” as if cultural contacts are necessarily uni-directional; their “source,” therefore, needed to be identified and located in a hierarchy that is either temporal (“who was first?”) or spatial (“first from where?”). Such approaches may indeed be valid at times. Today the cutting edge of the discourse of civilizational parallels and contacts seems rather to consist in a multi-directional, non-hierarchical perspective, which may hopefully find its expression in the conference. 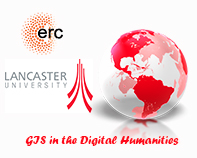 My good Paty Murrieta-Flores and her colleagues at Lancaster are organising a free one-day seminar on GIS in the Digital Humanities. It promises to be a fascinating event. More info can be found on this website.

When? Friday 30th November 2012
Where? Lancaster University
How much does it cost? Nothing!
Should I go? Yes!
How do I register? Complete the registration form and email it to Ian Gregory

Geographical Information Systems (GIS) are becoming increasingly used by historians, archaeologists, literary scholars, classicists and others with an interest in humanities geographies. Take-up has been hampered by a lack of understanding of what GIS is and what it has to offer to these disciplines. This free workshop, sponsored by the European Research Council’sSpatial Humanities: Texts, GIS, Places project and hosted by Lancaster University, will provide a basic introduction to GIS both as an approach to academic study and as a technology. Its key aims are: To establish why the use of GIS is important to the humanities; to stress the key abilities offered by GIS, particularly the capacity to integrate, analyse and visualise a wide range of data from many different types of sources; to show the pitfalls associated with GIS and thus encourage a more informed and subtle understanding of the technology; and, to provide a basic overview of GIS software and data.

The workshop is aimed at a broad audience including post-graduate or masters students, members of academic staff, curriculum and research managers, and holders of major grantsand those intending to apply for major grants. Professionals in other relevant sectors interested in finding out about GIS applications are also welcome. This workshop is only intended as an introduction to GIS, so will suit novices or those who want to brush up previous experience. It does not include any hands-on use of software – this will be covered in later events to be held 11-12th April and 15-18th July 2013.

How much will it cost?

The workshop is free of charge. Lunch and refreshments are included. We do not provide accommodation but can recommend convenient hotels and B&Bs if required.

How do I apply?

Places are limited and priority will be given to those who apply early. As part of registering please include a brief description of your research interests and what you think you will gain from the workshop. This should not exceed 200 words.

For more details of this and subsequent events see the website. To register please email a booking form (available from the website) to Ian Gregory who may also be contacted with informal enquiries.

When I tell people that I specialise in archaeological computing they always think I am locked up in a cellar with a massive computer screen doing things other people don’t understand. They do not associate us with doing fieldwork in a sunny place, or digging up treasures. To some extent this is true: I am generally confronted with blank stares when I try to explain my research and I do get to sit in a warm and dry office whilst others excavate ridges and furrows in a muddy trench.

Sometimes being an academic is not such a bad thing. A few weeks ago I had the pleasure of being invited by a French historian to attend and present at a summer school. The week-long event took place on the French island of Proquerolles off the coast of Toulon and St Tropez, a little known gem of the French Riviera. When I did my background research before accepting the invitation I focused on weather forecasts and restaurant reviews. I decided it was in the best interest of my research group that I accept the invitation and attend this undoubtedly very interesting event.

A useful fact about Porquerolles is that it lies in France, where people speak French. The last time I practiced my French was quite a while ago and everyone I met after getting off the plane was keen to point that out to me. On the boat trip to the island I found out that in fact I was one of the only foreigners and one of only two archaeologists, all other 78 delegates were mainly sociologists, a few historians and some geographers. All of a sudden I very briefly wished I could spend the week in a cellar in front of a massive computer screen.

It turns out that the average French sociologist makes for extremely enjoyable and interesting company, although there are some distinct differences with the average archaeologist: they talk about sociology a lot and they drink less. The summer school (‘Etudier les réseaux sociaux’) was organised by the French social network analysts Claire Bidart and Michel Grosetti, and the historical network analysts Claire Lemercier and Michel Bertrand. The programme included some great scholars in social network analysis like Alain Degenne, Pierre Mercklé and Emmanuel Lazega. The topics of the presentations ranged from ‘Network Analysis for Dummies’, over the issues surrounding the use of historical data in network analyses, to networks of organisations, citations, finance and the World Wide Web. The work by Florent Hautefeuille on linking networks of individuals known from Medieval written sources with the excavated houses in which they lived was particularly interesting for archaeologists. One of the biggest strengths of the summer school were the many tutorials that introduced an impressive range of social network analysis software: Pajek, PNet, ERGM, NodeXL, Visone, Calliope, SIENA, UCINET, Netdraw, Gephi, as well as some more obscure programmes designed by individuals sitting in front of massive screens in cellars.

During a conference or summer school it is always hard to convince yourself that you are actually there for work and should stay focused during every second of all presentation. But at this summer school I came very close to paying attention almost non-stop to all the amazing new network techniques, software and their creative applications to fascinating datasets. I believe I should conclude by stating that I have seen the value of sharing knowledge across disciplines in action, especially if it takes place on a beautiful French island in the Mediterranean. 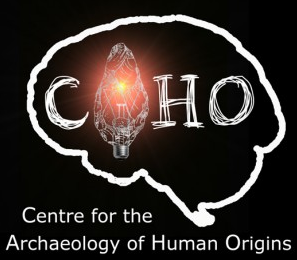 Southampton’s Centre for the Archaeology of Human Origins (CAHO) is preparing for another year full of fascinating seminars. Today they launched their seminar series blog where you can find some of the speakers that are lined up. Check the site regularly for updates! The first seminar is by Southampton’s very own Dr. John McNabb on 26 October.

Dr John McNabb
Centre for the Archaeology of Human Origins, University of Southampton

“Piltdown; Nationalism, Human Origins and the Faking the Earliest Englishman”

This year sees the centenary of the Piltdown man. In December 1912 a tremendous discovery was announced. A fossilised human ancestor which perfectly fitted the prevailing expectations of evolutionary theory, and it was found in Sussex. What could have been more appropriate, unless it was the discovery of an ancient cricket bat – and the forger even provided that as well. This talk will concentrate on a much neglected aspect of the Piltdown forgery – the material culture. This is usually side lined in favour of the more dramatic human remains. However the bogus tools that were planted by the forger have important insights to offer into the practice of anthropology and archaeology in the post-Edwardian era.