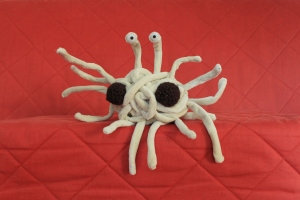 This second blog post in the series discusses data-related issues in archaeological network studies. As I mentioned before, I recently published a review of formal network methods in archaeology in Archaeological Review from Cambridge. I want to share the key problems I raise in this review here on my blog, because in many ways they are the outcomes of working with networks as an archaeologist the last six years. And yes, I encountered more problems than I was able to solve, which is a good thing because I do not want to be bored the next few years 🙂 In a series of four blog posts I draw on this review to introduce four groups of problems that archaeologists are faced with when using networks: method, data, space, and process. The full paper can be found on Academia.

Firstly, imposing categories and sometimes hierarchical relationships on data is a prerequisite for any network analysis. This results in the assumption that categories can actually be defined with any certainty (Butts 2009), and from the need to establish data categories ahead of the analysis, rather than letting them emerge from the analysis (Isaksen 2013). Indeed, the definition of nodes, ties and the network as a whole can be considered the most crucial phase of any archaeological network analysis. However straightforward such definitions seem, doing so in a critical manner is not as easy as it sounds. For example, we could choose to follow a formal ceramic typology, where each node represents a distinct type. When doing so we have to acknowledge that such typologies are modern constructs and that alternative categorisations can easily be developed. This in turn raises the issue that the network we analyse is not necessarily identical to the past networks we are trying to understand. For example, although in some cases it can be proven that particular ceramic types were used for particular purposes and in certain contexts, their meaning can nevertheless change through time, requiring a modification of our categorisation (van Oyen in press).

In summary, the decisions archaeological network analysts make when defining nodes and edges, when selecting or modifying analytical techniques and when interpreting the outcomes, are fundamentally influenced by their theoretical preconceptions. There is not a single right way to incorporate and interpret archaeological data in network approaches.