Agent-based modelling is no longer a niche pursuit in archaeology. It’s a thriving sub-discipline with an active community engaged in developing original methods and software to tackle a varied range of archaeological research topics. This is reflected in a new bibliography project by the SimulatingComplexity team, and in particular Iza Romanowska and Lennart Linde. They compiled all published cases they could find in a structured Github archive. Everyone is invited to add missing publications to the corpus! 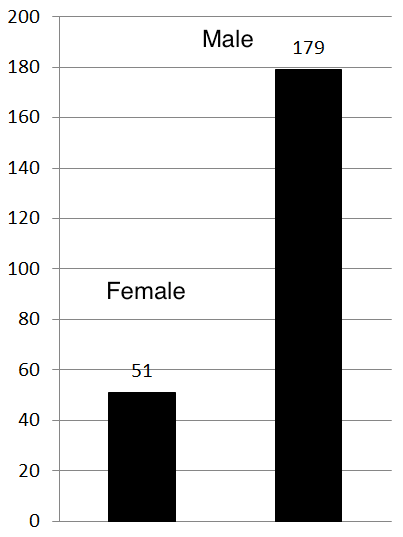 Gender balance has not been achieved yet in Academia. I knew that. But what genuinely surprised me is that the tiny young community I work in suffers from serious gender imbalance. My impression from attending archaeological network research events was that both women and men at all stages of their careers were more or less equally represented. In fact, I found the number of senior female academics active in this field as well as women making up the majority of virtually every workshop I taught on the topic extremely encouraging.

The numbers simply do not support this impression. In a paper published this week in the inaugural issue of the Journal of Historical Network Research, Matt Peeples and I collected all archaeological network research publications and submitted them to a thorough bibliometric study (a fancy word for squeezing all the numbers we can out of academic papers). One of the things we did was to count the number of male VS female authored and co-authored papers. The results were shocking. Overall, there are more than three times as many men than there are women who have published archaeological network research. And when we counted the number of papers authored by exclusively men and women, we noticed that there are almost five times as many papers that are authored by exclusively male authors than papers with only female authors. You could think this is caused by the strong practice in the Humanities of lone academics writing articles solo, so maybe because there are more men doing this kind of research we would expect male authorship to be higher. But if we remove the single-authored papers from the equation, co-authored papers are still almost twice as often exclusively male authored whilst exclusively female co-authored papers are extremely rare. Men and women in this field simply don’t seem to write papers together much. This was news to me because I always have in mind the publications of big projects like the Southwest Social Networks project, where big teams tend to include both female and male authors. Sadly the overall picture is not dominated by such teams.

Slightly more encouraging is the strong chronological trend towards increasing female authorship. Between 1965 and 2005, published archaeological network research was almost exclusively male-authored. From 2005 onwards the number of papers (co-)authored by female researchers increased slowly in both absolute numbers and as a proportion of all papers per year. In 2015 and 2016 the number of papers with at least one female author outnumber papers with exclusively male authors, although the latter still account for almost 50%.

Maybe my impression stems from the current situation and trend towards increasing female authorship, and maybe the strong male majority in authorship is a thing of the past? Let’s hope so. But this study has made it very clear to me that this is not something that will just happen by itself. I am quite active in this community and frequently host conferences, workshops, publish and edit volumes on the topic. If my impression of gender balance in this field was so far off the mark, it suggests that (1) I would not have felt the need for positive discrimination in this community, and (2) the ways in which gender bias works in small communities like this can be very subtle and unconscious.

My motivation to implement positive discrimination in the past in this community has been knowledge of the gender imbalance in academia in general, and this was more a “just in case” decision than a reaction to an actual problem in my community. So to keep this encouraging trend up and work towards gender balance, I found it worth my while to stop seeing gender balance merely as a generic problem in academia but to explore it’s particular shape in my own community. Exercises like this bibliometric study might well reveal aspects of gender imbalance that are particular to your own community, allowing you to tailor positive discrimination in particular ways. For example, I find it important to discourage solo authorship and encourage gender balanced co-authorship in archaeological network research. In my experience, this has always led to richer research and often (for me) surprising new perspectives. I also believe the decisions that lead to publication should be scrutinised a bit more in this community: active encouragement of young female scholars to present and publish, highlight solid research performed by female colleagues by inviting them as keynotes to improve gender balance in role-models, avoid all-male keynote line-ups at all cost, have a gender balanced editorial team that considers gender explicitly in editorial decision-making, encourage new gender balanced collaborations and grant applications.

None of this will be news to anyone, and I’m sure you can all think of a few cases of gender imbalance in your own academic communities. But I encourage you to scrutinise this aspect of your community a bit by using your skills as a researcher. You might sniff out some highly surprising and worrying results, I know I did. If you care about your community, no matter how small it is, you should follow-up your findings with action. The community and the research will benefit. 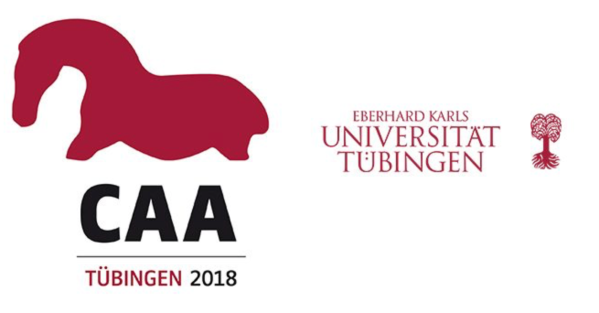 We welcome abstracts from those studying the human past using tools from network science, agent-based modelling and other complexity science approaches.
What? A session at the Computer Applications and Quantitative Techniques in Archaeology (CAA) conference
CFP deadline: 22 October
When? 19-23 March 2018
Submission URL

Agents, networks and models: formal approaches to systems, relationships and change in archaeology

Even if much ink has already been spilled on the need to use formal, computational methods to represent theories, compare alternative hypotheses and develop more complex narratives, the idea is still far from being firmly established in archaeology.

Complexity Science, the study of systems consisting of a collection of interconnected relationships and parts, provides a useful framework for formalising social and socio-natural models and it is often under this umbrella term that formal models are presented in archaeology. It has a particular appeal for researchers concerned with humans, as it stresses the importance of individual actions and interactions, as well as relations between individuals and wider system elements. Archaeology is a discipline that studies long-term, large-scale shifts in social change, human evolution, and relationships with the environment; how these phenomena emerge through the actions and interactions of individuals are questions that lie at the heart of our interests. Complexity Science offers an arsenal of methods that were developed specifically to tackle these kind of mulitscalar, multifaceted research questions.

This session will provide a forum for archaeological case studies developed using Complexity Science toolkits as well as for more methodological papers. We invite submissions of models at any stage of development from the first formalisation of the conceptual model to presenting final results.

Possible topics include but are not limited to applications or discussions of the following approaches: