On Sunday a show called Rome’s Lost Empire featured loads of great work by Southampton archaeologists. Since 2007 a team led by Prof. Simon Keay and Dr. Graeme Earl has been excavating at Portus, the port of the city of ancient Rome. The BBC 1 show reveals some of their latest findings, as well as the 3D modelling work of our Archaeological Computing Research Group team.

You can watch the show on BBC iPlayer.

Read more about the computer models that were created for this show on the Portus blog. There you can also read a message by Prof. Simon Keay about the show. 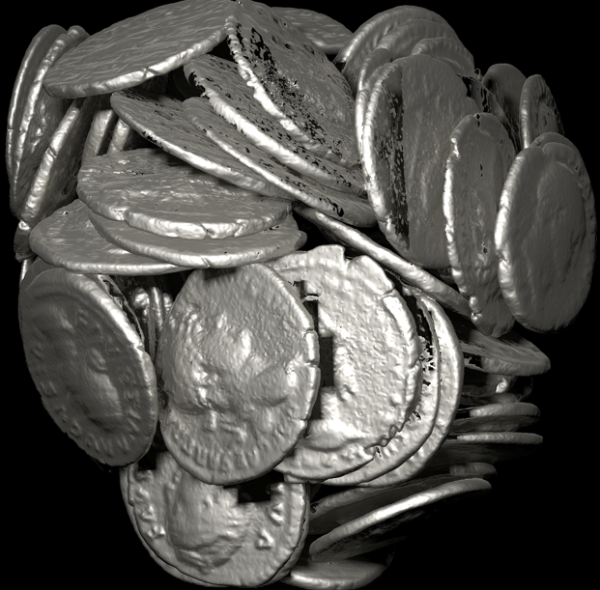 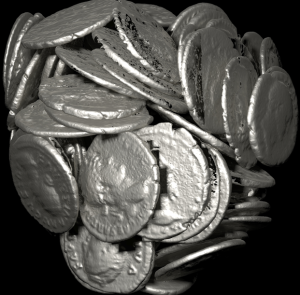 My colleagues Grant Cox and James Miles have been doing some amazing computerised magic with a coin hoard, and I thought it was time I wrote about their work. Both of them work with me at the Archaeological Computing Research Group at the University of Southampton. The Selby coin hoard consists of a bunch of coins still in their original container. The thing was submitted to a CT scan produced and processed by Richard Boardman and Mark Mavrogordato (mu-Vis CT centre). The results of this were then arranged into a sequence of animation by James Miles while Grant Cox made an accompanying animation in 3DS Max of coins raining down on the container. The video is now on show in the British Museum as part of the permanent Citi money exhibition. Worth a visit!